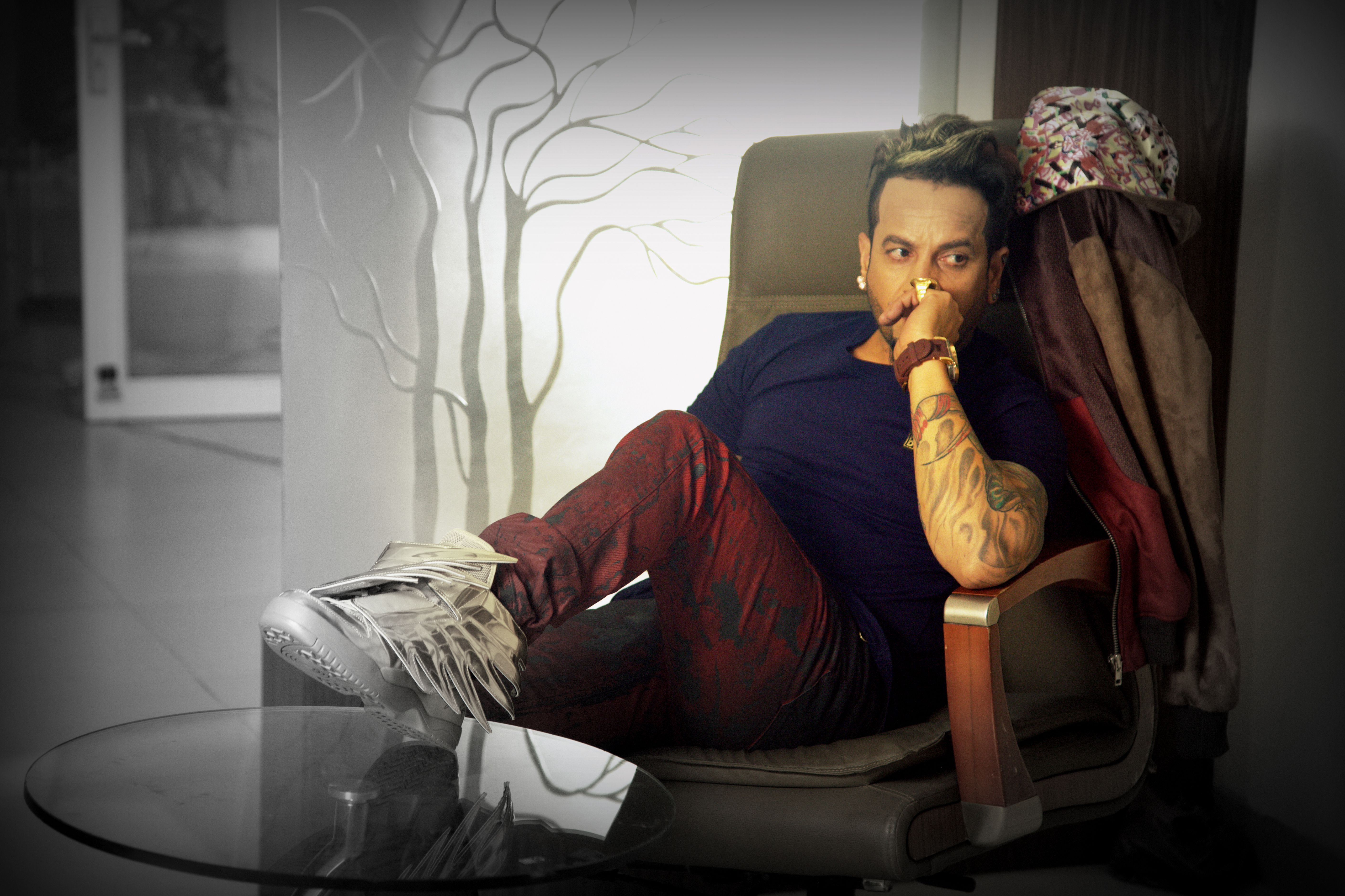 Bhangra Superstar Jazzy B. Makes History As First South Asian Artist To Get Starwalk BC Entertainment Hall Of Fame Honours

Jazzy B-Star-WalkDESIBUZZbc (1)-Red“This is a great honour for Jazzy who is well deserving but it’s an even bigger honour for the wider South Asian community who have collectively made a great contribution to the arts in BC,” said R. Paul Dhillon, adding that he and his co-nominator Bobby Nagra and the Man with the Plan – the Oracle – are thankful to the BCEHOF committee for honouring a true pioneer in the Desi music scene in BC and abroad.

Nagra said: “We are truly humbled by this honour and I just spoke to Jazzy and he is very excited that his home province has recognized him in such a big way with a Star on BC Walk of Fame. It’s a proud day for our community.” Dubbed by The New York Times as the “Michael Jackson of India,” Canada’s Jaswinder Singh Bains, more popularly known as Jazzy B, is heralded for introducing a fresh new image to the world of Bhangra music. Since his smash debut album, Gugian de Jorra, hit the streets in 1993, the transatlantic superstar has released 11 top-selling studio albums, sold out arenas around the globe and become one of the most important singer/songwriters on the modern Punjabi music scene. He remains committed to his roots, supporting various charitable causes in Canada and India, and each year headlines the Surrey Fusion Festival in his local community of Surrey, BC.

The Pioneer inductees are those who have left an indelible mark on BC’s entertainment landscape and this year include:  Musicians: George Calangis, Sharman King, Tom Lavin, Ian McDougall, Linda McRae and Tab Shori,Dancer: Renee Cherrier. “The BC Entertainment Hall of Fame is proud and excited to present a very diverse and impressive group of Pioneer and StarWalk inductees who represent artistic excellence in British Columbia”, stated Rob Haynes, President BC Entertainment Hall of Fame, “We look forward to scheduling and celebrating their individual inductions at various high profile events over the coming months honouring their contribution.”

StarWalk Star members are recognized with a featured star in the walk of fame on the Granville Street sidewalk in downtown Vancouver and in the StarWall photo Gallery in thehistoric Orpheum Theatre upper lobby and Pioneer Star members are acknowledged on the Orpheum Lobby Honour Plaque. The first induction will take place on May 26th when Michael J. Fox will be inducted at a private gala dinner. Other individual induction ceremonies will take place in venues around British Columbia that best reflect the artist and their talents.

BCEHOF is proud to acknowledge these outstanding individuals with appreciation and to ensure their work is recognized for its importance and value.

Founded in 1992, the BCEHOF honours past or present BC residents who have had an outstanding impact on the province’s entertainment arena, whether performing live or working tirelessly behind the scenes. To date, more than 275 performers, producers, agents, broadcasters, managers and patrons have been recognized on Granville Street’s StarWalk in downtown Vancouver or in the historic Orpheum Theatre’s lobby.

You can be the first one to leave a comment.